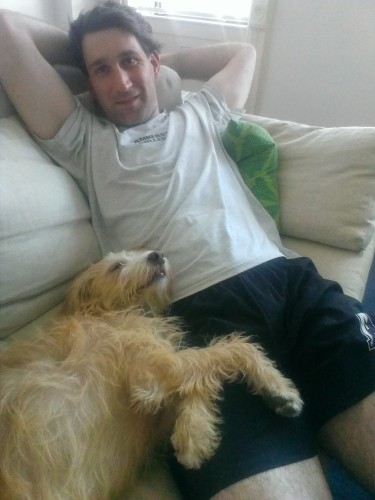 Our dog Oliver is a rescue and 4 months after getting him he suddenly developed leash aggression. He would pull on the leash forcefully and bark aggressively at both dogs and people.  In those moments, we had absolutely no control over him.  We tried all sorts of training on our own and worried it’d never be resolved, but hired a trainer in the off chance it’d be effective.  In other words, we were skeptical.

We spent two hours with Anthony and were blown away.  Oliver is literally a new dog.  Since our time with Anthony, he is consistently calm on leash.  He never pulls on his leash and if he begins to lead we say his name and he stops until he is next to us, not ahead.  It’s unbelievable. Before Anthony I don’t think there is a day that went by where he didn’t bark at another dog or person.  And, there were days where he would bark aggressively at every third person on the street, terrifying people and creating stress for us. It has been about a month since we saw Anthony and this has not happened once.

Anthony really helped us understand how to communicate with Oliver.  Ollie wanted to please us, but we weren’t being consistent and we weren’t letting him know what we expected.  It seems like you could figure that out on your own, but we realized after our time with Anthony that we really had no clue how to do it.  We are now completely in control of Oliver. When someone comes to the door he sits quietly (but excitedly) until we release him to say hello.  He will drop toys on a dime. He waits until his food is down and we tell him to eat.  It makes our lives so much easier, but more importantly Ollie is so clearly a happier, calmer dog.

Anthony was great and if we ever have issues that come up with Ollie down the road, we will absolutely contact him again. 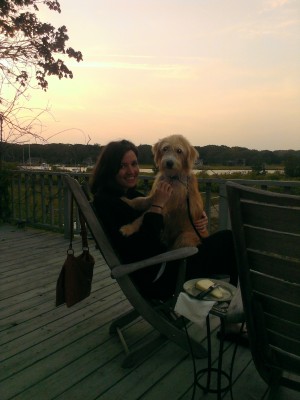