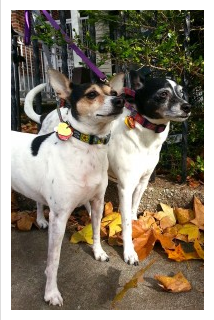 Anthony has an eclectic approach that uses positive training with a sprinkling of very gentle pack leadership. My dogs loved him. Livvie scoured his face with kisses before he left.

Since I brought Kes home in September of 2012, he has been Mr. Mellow Fellow indoors. However, once outside, he is Mr. Monster Gorilla Tiger-Lion-Manatee. We walk in a city area, and often come upon other dogs being walked. He  bursts into frenzied barking and lunging that leaves everyone exhausted. I was told by his rescue group never ever to bring him to a dog park, and that he gets stressed particularly over big dogs. (I might add that Livvie also has some issues with some dogs, but is pretty comfortable outside).

So, first, I learned how to introduce new dogs to each other. Anthony waited outside with his dogs, and I brought Livvie and Kessie down and we switched places. I was walking the greyhounds a slight distance in front of Anthony and Liv and Kes.  He calls it “pack walking” or “stalking”.  I was in front of  them, but I didn’t hear anything from Kessie or Livvie.  Anthony had corrected Kessie briefly, and had them positioned slightly behind him rather than in front.

When we did all catch up, there was simply a sniff-fest. The walking continued, in close proximity, and there were no problems! This was miraculous.

Next we went inside and worked on some obedience, for instance down-stays. This was followed by a long walk with the greyhounds that included meeting other dogs.  I observed how Anthony corrected Kes each time he started to begin to bark. (It was minor correction, such as a loud “Uh!”) One time when everyone was sniffing a new dog, Anthony actually placed Livvie at the butt of the dog, rather than face to face. He says that usually goes better than the face to face for some dogs, and it did.

When we got to the dog run both Kes and Liv were completely relaxed, and hung out with the greyhounds sniffing around and playing, and then they even met a new dog  calmly and without incident. I was floored. He also gave me some tips on where to position myself in the dog run.

The thing that Anthony  is incredibly good at is sensing that the dog is about to go ballistic, and cutting it off almost before it starts. He did it with a sharp word or sound or a gentle touch to Kessie’s body. That was all it took.  Anthony is extremely talented. I’m kind of doubting that I will be able to do this myself. Sometimes I think that there are people who really have that gift with dogs. It’s almost a sixth sense. I realize that I have to attune more to certain signals that Kes is giving, and then respond quickly and with confidence.  I will have to work on it for the dogs’ sake!

The best thing (besides being with two gorgeous greyhounds for two hours), was that Anthony said that he thought Liv and Kes are great dogs with terrific temperaments, and that they are just a little under-socialized to other dogs. He thought they were pretty amazing. The magical thing was to watch them in a dog run, completely relaxed, and to know that it is possible!!! 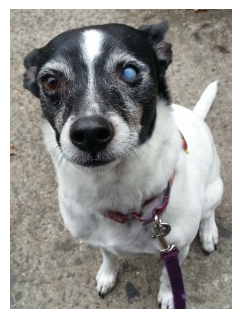