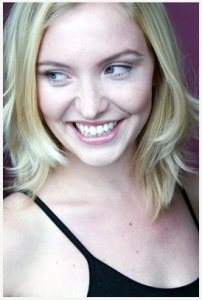 What a stroke of luck that I found Anthony & Calm Energy Dog Training when I did.

My pup, Tucker, just joined me in Brooklyn after almost two years of living with my parents in Oklahoma. I was very worried about Tucker’s transition, as we had lived in San Diego prior to my move here and his time in California, and wanted to help him feel comfortable in a new place with so many new sounds and smells.

Part of Tucker’s acclimation to a new home brought out some territorial aggression toward people entering my home, or strangers while out walking. When Anthony first came to our home for the initial session, Tucker was very hostile and even snipped at him a few times. As any dog owner can relate, I was mortified and totally convinced that Anthony would refuse to help us. — On the contrary, Anthony spent time coaching me on how to help Tucker be more comfortable by learning to play the part of the Alpha.

In one session, Tucker & I learned so much. I feel in two weeks not only that my dog is “At Home” in his new home, but like our bond is stronger than ever. Tucker has responded very well to the positive reinforcement training techniques the Calm Energy Dog Training employs, and I really appreciated the fact that everything we learned was explained to me in a way that made sense. Now I not only know WHAT to do to communicate with Tucker, but I know WHY it works!