I recently decided that whenever I scoop my dogs’ poop in the dog park, I will pick up any other old poop that I see lying nearby. 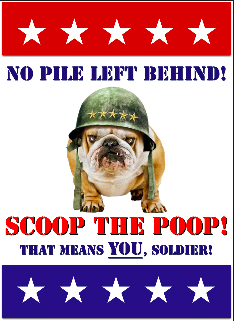 At first I had to make myself; but now it’s become habit. And it feels great!

If everyone did this, think of how clean our dog parks would be!
It is no more difficult, gross, or annoying than scooping the poop you’re already headed for. You’ve already got your bag out; scoop two instead of one!

And admit it: there are times when you leave one behind yourself (or rather, I mean you leave one that your dog left). Late at night, when it’s too dark to see. After you realize you’ve used up your last bag, and can’t find anything suitable nearby. When you’re sitting on the bench chatting to friends, and you don’t see your pup sidle off near the bushes to do his duty.

“Scoop Two!” – I’m going to have T-shirts printed and sell them on Zazzle. I will create a Kickstarter campaign. Let’s start a grass-roots movement on Facebook. 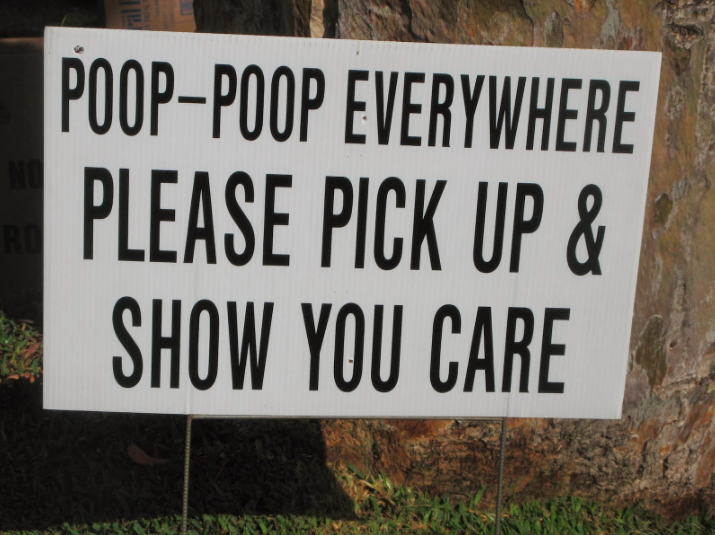